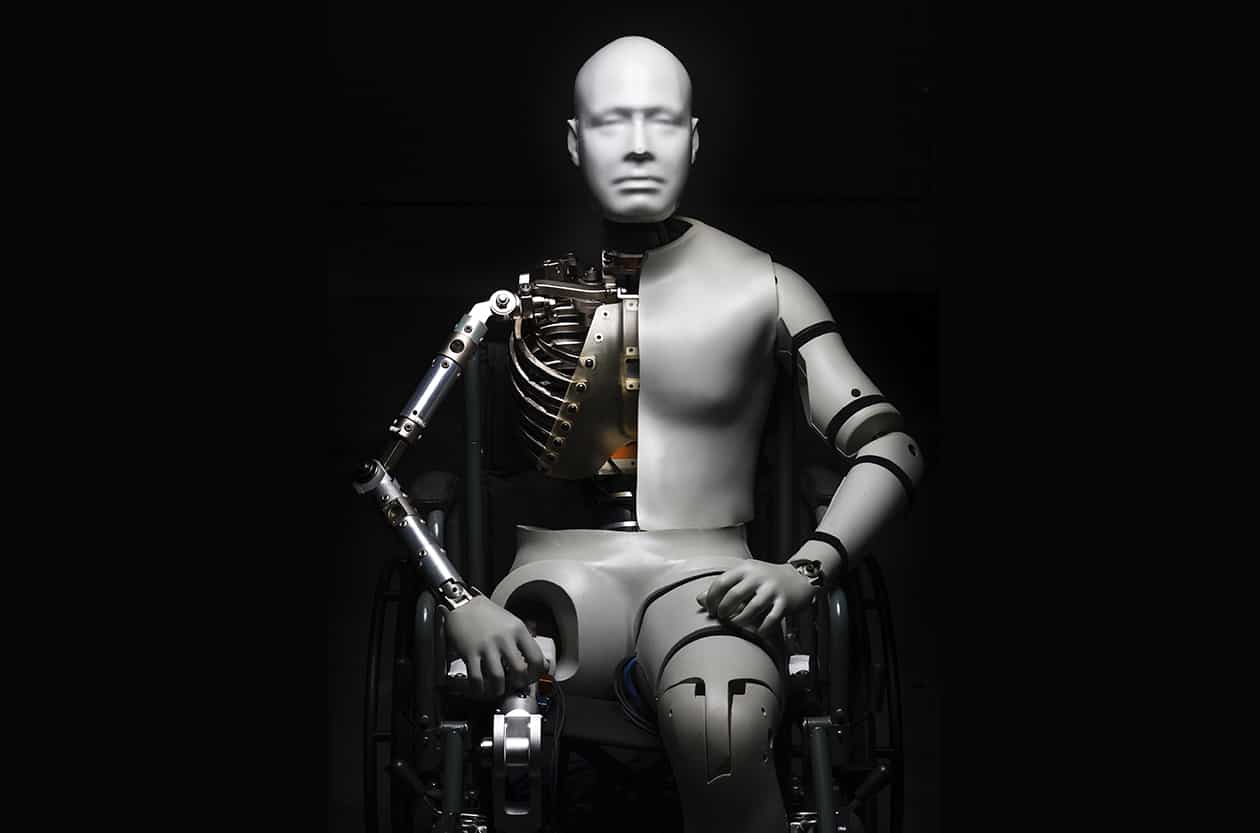 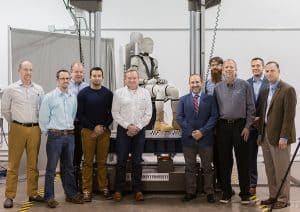 Seal Beach, CA (February 2017) – Nearly 100 DTS employees and several key U.S. Army personnel gathered for the official ribbon-cutting ceremony at the new WIAMan ATD Lab located inside DTS headquarters in Seal Beach, California. The new lab is being used exclusively to support the design, development and testing of the first blast test dummy, officially called the Warrior Injury Assessment Manikin (WIAMan). DTS is the Prime Contractor to the U.S. Army for the WIAMan project, which is the first anthropomorphic test device (ATD) designed specifically to withstand underbody blasts (like IEDs). The goal of all WIAMAN testing is to advance soldier protection and improve military vehicle designs.

The new 3,000+ sq. ft. lab is furnished with state-of-the-art test equipment including an 11-foot drop tower used to simulate the vertical impact experienced by an occupant in a vehicle blast. A 5-point harness secures WIAMan in the drop tower seat while a 200g pulse simulates blast forces. Load cells in the seat measure five different load paths through the pelvis and femur to quantify potential spine and lower extremity injuries. A linear impactor performs iterative testing on lower leg and pelvis components, accelerating a 20kg impact mass to a velocity of 20 meters/sec. Analyzing gross motor movement in slow motion helps engineers better understand the forces soldiers experience in the field, so multiple high speed cameras capture the action at over 100,000 frames/second.

“The program provides a state-of-art test capability to assess potential skeletal injuries of Soldiers exposed to under-body blast,” said Fred Hughes, director of the WIAMan Engineering Office. “The manikin’s sophisticated biofidelity and robust sensor design provides an unmatched level of accuracy determining the potential effects of blast on Soldiers in new vehicle systems. The WIAMan effort is an example of outstanding collaboration among academia, industry, and the government.”

The WIAMan project is especially important because no human surrogate for blast testing exists today. Automotive crash test dummies have been used in the past, but they are built to withstand frontal and side impacts, not the vertical acceleration of an under-body blast. The multi-year project includes not only building the new ATD, but also a next generation in-dummy sensing and data acquisition solution that goes inside the dummy.

To measure potential skeletal injuries, WIAMan currently uses 146 channels of embedded data acquisition and sensors, but is designed to support up to 180 channels. The self-contained miniature data acquisition systems are distributed throughout the test manikin and include internal power and a variety of sensors. The data collected includes six degree of freedom of forces, moments, accelerations and angular velocities from sensors located along the pelvis, spine, tibia and foot/heal. The data WIAMan will measure has far reaching, life-saving implications not only in the development of safer military vehicles and tactical gear, but to families around the world.

About DTS: Founded in 1990 by three crash test engineers, DTS data recorders and sensors are used worldwide in crash, blast and biomechanics testing by top automakers, aerospace and leading research facilities. The U.S. Army named a DTS helmet sensor as one of “The Greatest Inventions.” Inc. Magazine has named DTS three times as one of the fastest-growing private companies in the U.S. Based in Seal Beach, California DTS has technical centers in Michigan, Australia, China, Japan and the U.K.