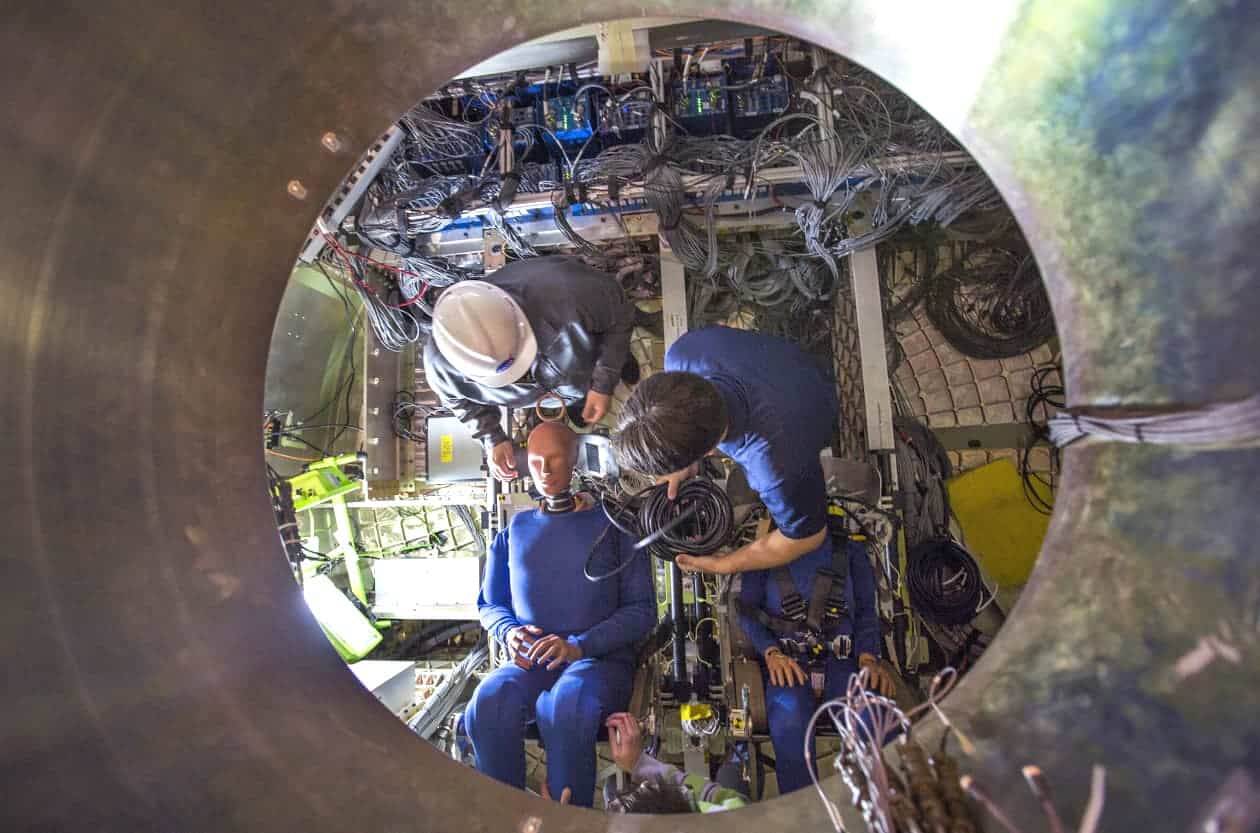 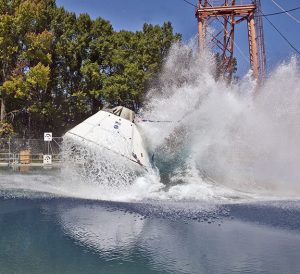 Seal Beach, CA (Sept. 2016) – Engineers at NASA’s Langley Research Center in Hampton, Virginia, will conduct nine water-impact drop tests to evaluate the Orion spacecraft and crew safety when they return from deep-space missions and touch down on Earth’s surface. Onboard will be two test dummies wired up to Diversified Technical System (DTS) data acquisition systems that will ride along to collect critical test data as NASA prepares Orion for its next mission, Exploration Mission-1. During Exploration Mission-1, the uncrewed Orion spacecraft will launch atop the Space Launch System (SLS) rocket, travel more than 40,000 miles beyond the moon and return at speeds up to 25,000 mph.

Water-impact testing is one of many steps required to ensure Orion will meet the demands of sending humans to deep space for the first time and in the future on the journey to Mars, which is why extensive testing is so critical. Engineers at Langley will mimic various scenarios by dropping a mockup of Orion, coupled with the heat shield from the spacecraft’s first flight, into Langley’s 20-foot-deep Hydro Impact Basin.

This will help NASA evaluate how the spacecraft may behave when landing under its parachutes in different wind conditions and wave heights. Langley has already conducted dozens of splash tests with DTS data recorders inside a less sophisticated capsule mockup, but this is the first time it will assess the higher fidelity Orion ground test article. Unlike many data recorders, DTS systems are so small and lightweight that they fit on-board and run autonomously to collect both structural and crew safety data.

“We are excited about this testing because we’ll have suited-up test dummies inside the capsule,” said Ellen Carpenter, Langley project manager. “Including test dummies will help NASA ensure the crew is protected from injury during splashdown in future missions.”

“These test dummies are the same type of test dummies that are used in the automotive industry for front collisions,” said Rick Ybarra, test engineer at NASA’s Johnson Space Flight Center.

Each dummy was lifted and then manually installed into the interior of the capsule. Prior to installation, engineers placed tiny sensors inside the test dummies, which will be used to help NASA understand the loads the crew could experience when returning from deep space destinations.

Before testing begins, engineers will apply a waterproof coat to the capsule and complete final sensor checks with a DTS data acquisition system. The capsule itself is wired with sensors that allow engineers to collect data during the water-impact testing.

“Preliminary work is key to a successful drop,” Carpenter explained. “It allows the sensors to be verified ahead of time, so that the most accurate test data can be acquired.”

For over 15 years, NASA has used DTS data acquisition systems to capture critical test data on helicopter hard landings, test Emergency Locator Transmitters (ELTs), and even onboard the LDSD-low density supersonic decelerator in the outer stratosphere. Providing accurate test data prior to real-life missions is an important part of research for understanding crash dynamics and improving occupant safety in any arena.